Located in the north-east of the city of Toulouse, only 3 kilometres from the Place du Capitole, the Roseraie district combines all the advantages of the city centre, while being protected from its bustle. Here, red brick is king, the streets are named after flowers, and gardens and green spaces have pride of place.

Schools, cultural and sports facilities, as well as numerous local shops, make the Roseraie district a peaceful and friendly address.

With the rehabilitation of a previously barren and entirely mineralized area, the Cyméa project plans to create an island of biodiversity at the very heart of the residence.

In the immediate vicinity of the residence, you will find the Roseraie garden and the Pierre Rous garden. A 15-minute walk will take you to the Argoulets green zone, with its playground, cycling and sports areas.

Cyméa offers flats on 8 levels, from studios to 5 rooms.
Red brick is used alongside contemporary lines to create an atmosphere that is both traditional and modern. 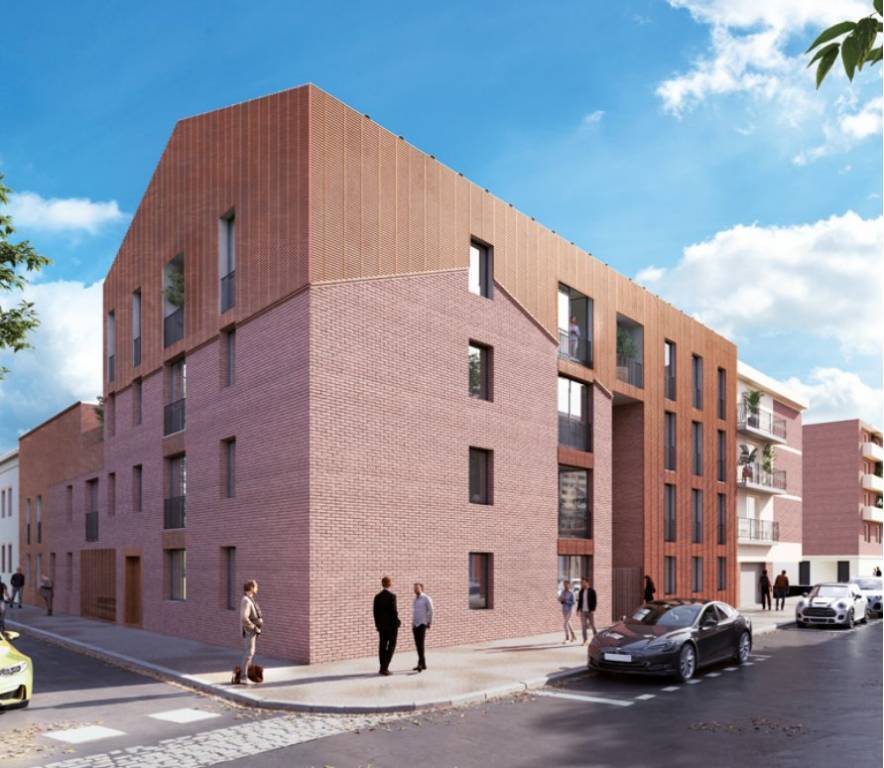